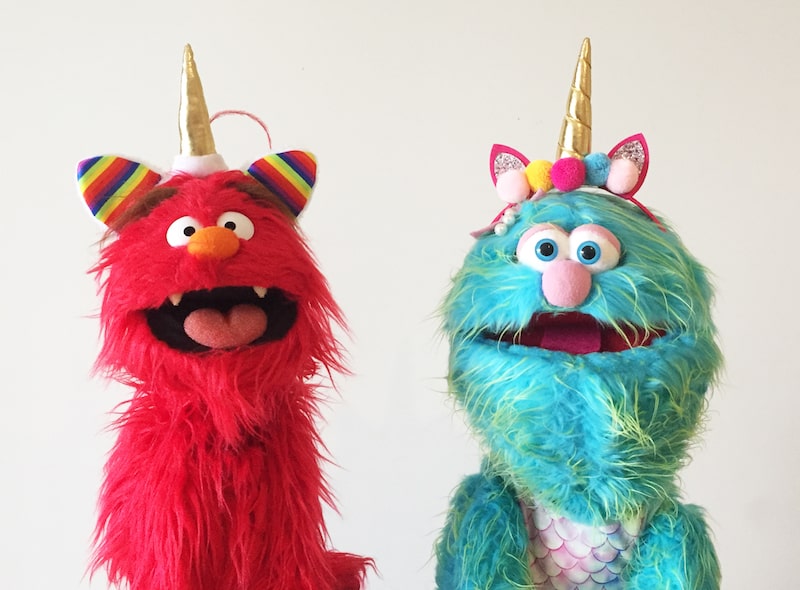 Puppet Scrambles, who is immunocompromised and therefore at high risk for contracting COVID-19, is worried that staying at home is going to make him – and others – bored and lonely, so he’s calling on the public to dance … like a unicorn.

“I’m not only worried for myself, but for others whose immune systems are suppressed. Despite our health challenges, many of us love going out and about,” said Scrambles, the red monster.

“Personally, I love to dance,” he said.

“I wish I was a unicorn instead. I’ve been feeling that a lot,” he said.

Larrikin Puppets, the popular puppetry arts company Scrambles works for, has been rallying around Scrambles during this hard time, particularly challenging given all of their live shows have been cancelled.

“We all love Scrambles just the way he is,” she said.

“He might worry from time to time, but he’s a friendly monster who loves to dance and is well loved by all the children and families who meet him.

“But sometimes to be happy it helps to just pretend you’re someone else – just for a little while and just for fun!

“So we’ve decided that we’d all join Scrambles and instead pretend to be unicorns”, she said.

Larrikin Puppets has decided to launch its new song Dance Like A Unicorn to spread cheer not fear during these tough times. However, because no one is currently able to physically dance near Scrambles, they’re forced to get creative with the music video.

During the isolation and lockdown period of 2020, they called on everyone – no matter what age and how abled bodied – to dance like a unicorn in support of vulnerable, high-risk people who are isolated at home.

“We put together a music video in complete isolation without any physical contact from other people, including professional filmmakers,” said Scrambles.

“We taught people the dance via Zoom then asked them to video record themselves doing the dance to send to us for the music video.

“Everyone was welcome to participate – and we encouraged high-risk and immunocompromised children and adults like me to take part,” he said.

Marina is super excited about seeing everyone dancing like unicorns.

“Dancing like a unicorn is super fun and this music video is really funny and makes lots of people happy,” she said.

“Those who took part were among the first to hear our new song. Scrambles and I sing in it and it’s really fast and fun,” she said.

Stream the “Dance Like A Unicorn” song on Spotify: https://open.spotify.com/track/7m1VGP4BrkqYvVr4iqNRku?si=870c6b770e24404a

As children’s entertainers, they had over $15,000 worth of gigs cancelled and no new bookings.

They decided to launch their debut song Dance Like A Unicorn to raise local and global awareness of the current plight of immunocompromised people during this COVID-19 pandemic.

Elissa is immunocompromised. She has a rare eye disease and, for over two years, has been battling to save sight in her left eye. Upon advice from her doctor, Elissa was unable to socialise nor perform for children and families during the height of the pandemic in 2020. She had to self-isolate until Australia’s COVID-19 pandemic was under control.

In 2020 Larrikin Puppets expected to: