Elissa and I have had another very busy period in the lead up to Christmas, with puppet shows in childcare centres, libraries, staff Christmas parties, and a series of larger festival events and a shopping centre. This has included a couple of memorable shows in Central Queensland. 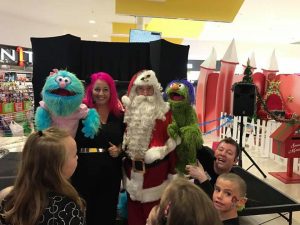 At Station Square Shopping Centre in Maryborough, we presented our big Christmas puppet show for Santa’s Arrival. A couple of hundred families flocked to see and meet the puppets and of course Santa Claus. Our newest character Marina, who is Troggg’s little sister (pictured left with Frazzamatazz and Santa) made her stage debut, much to the delight of audience members young and old. Marina was a hit! 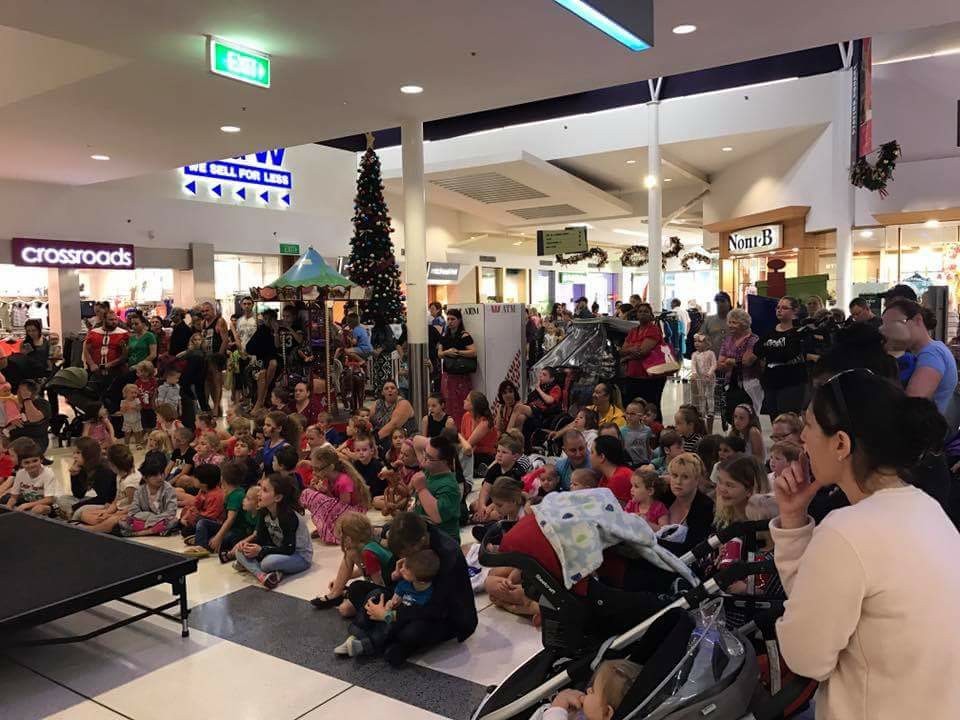 Above: The big audience enjoying the puppet show. Below: How our puppet stage looked set up next to Santa’s magical Christmas village between Sanity and Big W at Station Square Shopping Centre, Maryborough. 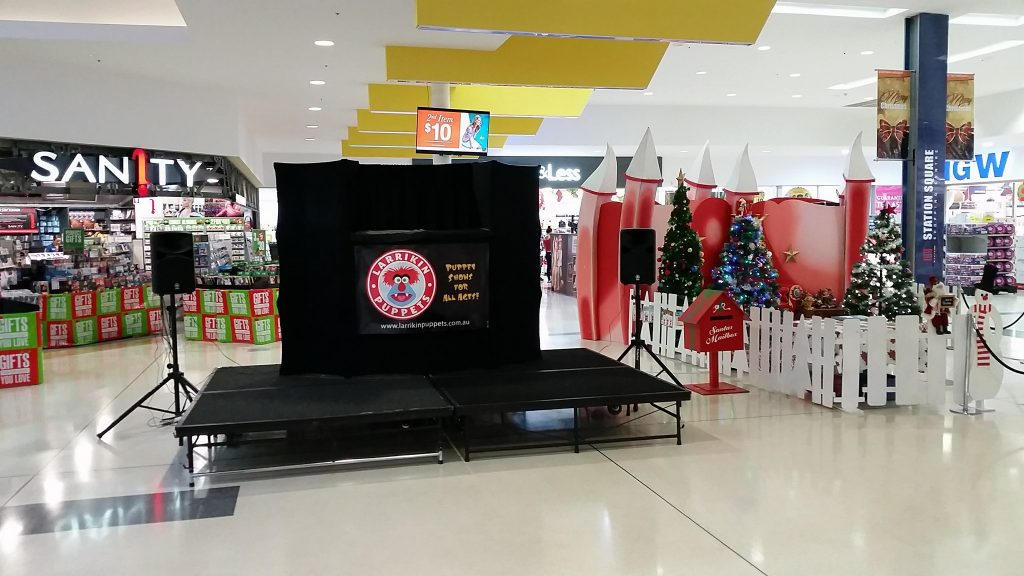 We then took the puppets up to Bundaberg to perform two puppet shows on the main stage at the 2017 Pageant of Lights. What a magical event that was! Our first puppet show was a 10 minute preview show before the official lighting of the Christmas tree, and the magnificent street parade featuring 70 colourful floats. 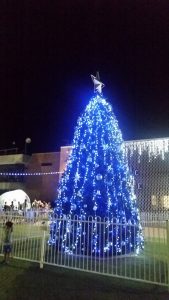 Straight after the parade, the wide-eyed children and their festively jolly families gathered again at the main stage to enjoy our full-length Christmas extravaganza puppet show, which featured Troggg and Marina, Frizzby and Flossy, the crazy antics of Frazzamatazz and the always hilarious Freerange the Chicken and Cheesecake. For the big finale number, we chose volunteers from the audience to come up and perform some backup singer/dancer puppets. It was a spectacular night for everyone, and we received some very positive feedback afterwards from families and event staff. 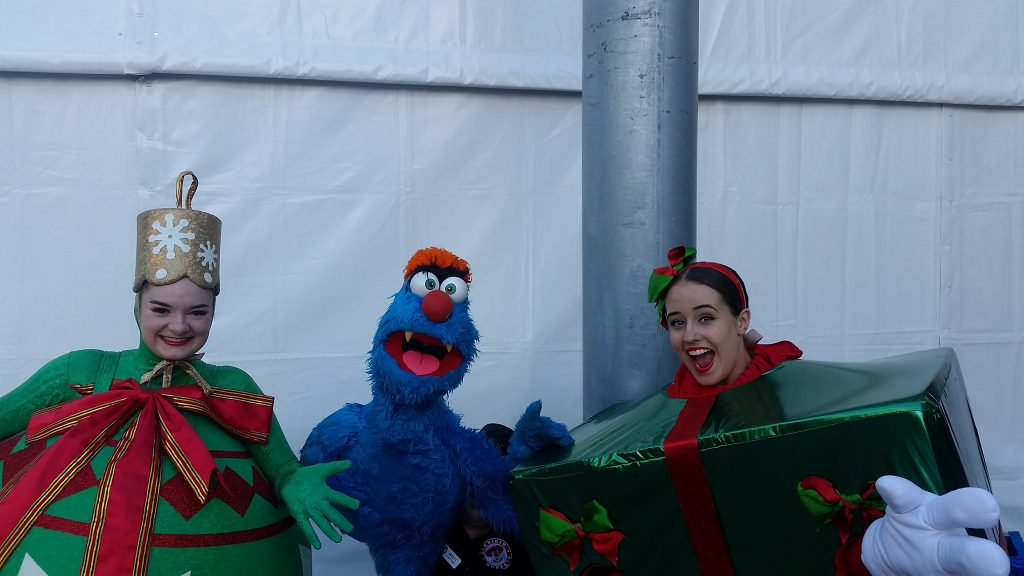 Closer to home, we performed a shorter version of our Christmas puppet show as part of the entertainment line-up at the Caboolture Christmas Carols, again choosing audience volunteers for the finale and receiving some lovely feedback afterwards.
https://www.instagram.com/p/Bcyt2SMFR5p/?tagged=visitmoretonbayregion
Troggg also joined Thomas Gilliland to co-MC the Moorooka Christmas Carnivale (Another Hipster Christmas). The 2016 event was sadly interrupted by a vicious and cyclonic storm, causing quite a bit of anxiety for organisers at the 2017 event. We were all very thankful that this year’s event played out to the end of the fireworks display.
A very busy and rewarding Christmas period for Larrikin Puppets this year! Merry Christmas, everyone!
From Brett Hansen – Principal Puppeteer at Larrikin Puppets.